Get fresh music recommendations delivered to your inbox every Friday.

Live at the Museum of Fine Arts

by Music For Installations 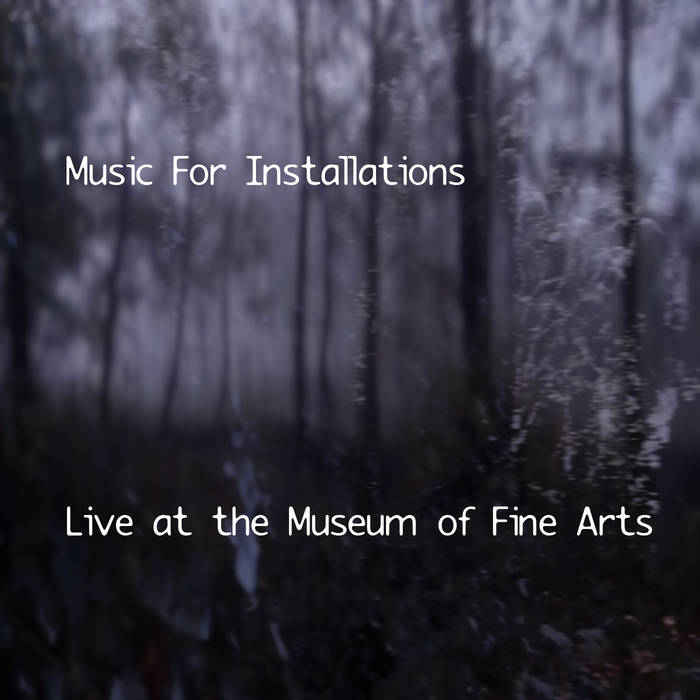 Released on Bandcamp on on CD by www.DATABLOEM.com, presenting the next finished artwork: Live at the Museum of Fine Arts!

Drones and Soundscapes at work.

The album is the result of an edited version of the recording of the Live Set in the Museum of Fine Arts in Gent on 28th of November 2013.

Music For Installations was asked to set up soundscapes inspired on the theme of a forest. The live performance was in the half circled central aula of the Museum between beautiful sculptures and columns.

Niek Cornil was present to add live video during the performance. Niek reads perfectly the music and translates this into strong video. Have a look at the You Tube page of Music For Installations to see some snippets (www.youtube.com/music4installations). Also present in the room was a person working with fragrants.

The soundscapes are inspired on the surroundings of a forest and the merging senses due to synesthesia. In the museum was on that moment also an exhibition of the painter Čiurlionis. He was known to have synesthesia. The result is based on self-created soundscapes and field recordings from personal and external sources. It is very important to mention FREESOUND which played an important role in the gathering of source material. This website is a huge effort to free recordings of all sort, ready to use as a sound or as a source of inspiration.

Niek and Mfi form since this performance a strong duo, bringing the music to life on different locations and occasions. The album consists of new tracks, specially created for this event, and of remixes of soundscapes from the Haukijärvi project. This album makes a fine addition for drone lovers and deep soundscapers!

With the very important help by Niek Cornil, Marie-Julie Dellaert, MSK Ghent, Freesound.org, Ariovaldo A. Giaretta and Dennis from DATABLOEM!

For sample reference, please check the website of Music For Installations.

Music For Installations is about experiencing. This is the place where sound meets space! Imagine being in a dark rectangular room with speakers in the four corners and only you as an object, absorbing the sound. Catching these sounds leads to sonic landscapes and active soundworlds. The music fits perfectly in empty places, dark rooms and can be the soundtrack of your artistic installations. ... more

Bandcamp Daily  your guide to the world of Bandcamp